I am writing this list of early game tips in the hopes of helping people get past the hump of early game strategy in order to start seeing more late games where one team's BC doesn't just steamroll the other BC at minute 20. I've noticed that some good players actually don't know what to do after the asteroids are all mined out and respawning, hopefully more late games means people get more exposure and understanding of what to do. Also I'm tired of arguing with people about not having 3 people on the BC and refining all the minerals.

Note that these are early game tips, not lategame tips. I consider the early game that period of time up to the Kerm spawning. After the ~15 minute mark, you should have most upgrades completed, mining and power management become this way different beast.

This is kinda longer than I wanted, if I had to put it in succinct terms, what I would say is this:

Launch all the miners.
Don't lose miners.
Mine more than one color, besides green.
Mine green.
Refine everything.
Spend all the money.
Don't waste power.

I just wanted to say that this is really well covered, and presents what I've been calling 'the standard operating procedure.' That's opposed to the 'rush procedure' which still has most of the same.

3 miner launch
Offense: wraith
Defense: Corvette
Skip the normal upgrades and mining strategies - broadsides and triple burst ASAP along with Hardened Shields lvl1
Use remaining red minerals on laser upgrades, then whatever is left on core while approaching the back corner.
Wrap map and attack an enemy who has a higher economy advantage but little in the way of defense.

Of course there's counters to this (Constant pings, for one!) but it provides an alternative to the 'way things are done.'
Try it sometime; guaranteed to work on newbs, most likely will catch a few reputable players by surprise if they aren't ready for it. 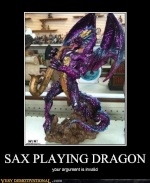