Getting Core upgrades is a very important thing. Upgrading you're BC's fusion core is recommend at all times because, you'll be building up 10 more energy a second for each upgrade making it very worth it to upgrade it early. But, deciding to upgrade which core first between SS and BC core is depending on you're play style. Small Ship Core is recommend upgrading 3 times if you're going for a long game / mid game. If you're doing a rush, upgrading BC core is highly recommend over SS core because you'll be able to build up more energy before heading out. That alone may be a game changer because if a rush fails, you would have used up 20,000 energy (Atleast) preforming the rush making you very vulnerable. If you have BC core upgrades you would be able to recover from the rush faster thus putting you in a better position to continue with the game or finishing off the opponent. As I said before, Small Ship Core upgrades are recommend if you're going for a mid / long game but only upgrade it to level 3 unless you're going SS focused combat. If so, SS Core is a necessity and so are the other SS upgrades like Hull and Thrusters. But, upgrading BC Core is not just for rushing like I said before, it's good all game. After getting SS core level 3 you should focus on BC Core which will increase you're energy output making you able to have higher shield or more GW into engines if you're trying for a surprise attack without as much energy form you're BC's Core energy. 10 More energy may not be a big deal, but if you upgrade it to level 6 That's 60 more energy to use a second. If you're having let's say -427 energy used from you're energy every second, you're going to run dry of energy very quickly. Although, if you have Fusion Core level 6 you'll be using -367 energy instead. That could change a game's outcome. Another thing to do is to purchase Small Ships to produce more energy. The most recommended Ships to buy for energy are Chompers, they produce a large amount of energy for there price. They produce 14 without SS Core upgrades which can be a lot of energy is purchased in mass amounts. If you upgrade SS Core all the way they will output 19 energy with is A LOT of energy for one little ship. It is very recommended to purchase Chompers after maxing Fusion Core. Plus, Chompers aren't half bad miners.

Tell me what you think on my discussion and correct me or add to it if you like.
Have a good one. 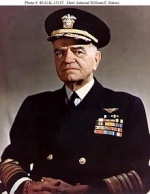 Your right, and a person going for a full effect of power docking may as well upgrade those ss cores with it. it also helps ensure miner survival to bring in the funds needed to make a high energy regen build possible. Long games have been made to be much more common than short ones now due to the higher energy consumption of broadside lasers, this has made my normal game plan change a little bit. But still you've got the basics of energy regeneration down 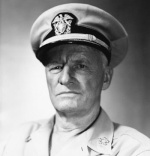 I think this is a good, solid analysis. I've got to ask though, why do you suggest we leave SS core at 3 until power dock instead of maxing it right away?

SS core can help miners mine faster and die less, I tend to get it quickly and max it if possible

GoldenBoy wrote:I think this is a good, solid analysis. I've got to ask though, why do you suggest we leave SS core at 3 until power dock instead of maxing it right away?

Level 3 is a good level for miners to keep 250 energy to escape, while still being able to spam red beam.